Study Time. Are you a night owl or a morning lark? 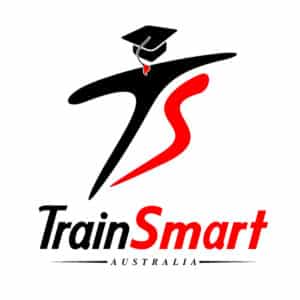 At TrainSmart Australia, we aim to help people find meaningful careers through our high quality training and nationally recognised Certificate and Diploma courses. With 5 faculties, more than 30 courses, and a team of over 45 staff, you can study your course online or on-campus with confidence, knowing TrainSmart Australia's team of expert trainers and student support staff will be with you every step of the way.

It’s a question we are always asking ourselves, when is the best time to study to maximise learning? The answer is that each person is different and from a scientific viewpoint there is no clear winner.

There are some people who get more out of studying at night, while others prefer the morning.

But here are a few things to think about, if you get a bit stressed about studying, then it is best to do it in the morning, ahead of any tasks so that your mind is fresh and you have more energy. Natural light is better for your eyes. Research has shown that if you are trying to revise for exams then you absorb more information by studying in the morning.

If you study at night, you tend to get fewer distractions. Studies reveal night can increase your creativity which is why many artists work at night. Madrid University carried out a series of tests and discovered that teenagers who stayed up late did better in intelligence tests. And the University of Sydney undertook similar research which showed that night owls performed better than morning larks in a series of maths and reading comprehensions tests.

As a general rule teenagers prefer to study at night because they tend to stay up later and are into more of a night-owl routine, whereas those aged thirty and over tend to prefer studying by day. Neuroscientists say teens are biologically predisposed to go to sleep around midnight and do not feel awake and engaged until 10 am in the morning.

There are no hard and fast rules, so it’s up to you to come to your own decision.It really does depend on your personal habits, energy levels and day to day schedule.

How to Start an Early Childhood Business in 5 steps

TrainSmart Australia acknowledges and pays respect to the past, present and future Traditional Custodians and Elders of this nation and the continuation of cultural, spiritual and educational practices of Aboriginal and Torres Strait Islander peoples.